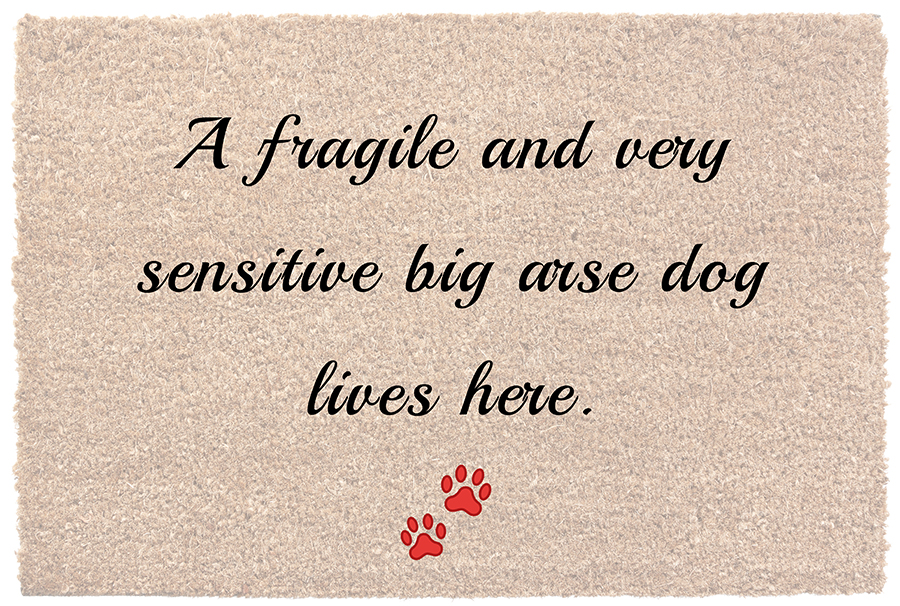 I am the owner of a fearful Ridgeback called Zander who is also reactive to dogs and people. He used to be terrified of certain objects and noises inside the house and terrified of everything (and I really do mean everything) in the outside world – cars, trucks, people, other dogs, tree branches rustling in the wind, gutters, plastic bags stuck on fences moving in the wind, birds flying in the sky, walking around street corners (I could go on but I think you get idea).

I have had Zander since he was 8 weeks of age and his issues were quickly identified by his puppy class trainers Manners n More in his first class. His local vets also noticed that he was shy and said I needed to socialise him a lot.

Due to his behaviour in puppy class and a complete melt down on his first walk his trainers and I began a journey on behaviour modification. This developed my dog to the point where he learned how to cope with novel objects and he could cope with attending group training classes outside both during the day and under lights at night; until at 18 months my dog suddenly
deteriorated where he could no longer cope at group training and became increasingly noise
sensitive both at training and at home.

Around this time he attended his local vets and his vet recommended medication for anxiety. At this point I wasn’t sure if this was a good idea mainly because I didn’t know anybody who had ever put their dog on medication for anxiety and I had never heard how medication could help a fearful dog or what effects it would have on him. Honestly, I was really worried it would make him drowsy and uninterested in life and that it would somehow shut down his personality, resulting in me losing the dog I loved.

Like a lot of owners, I left the clinic saying I’d think about it. One week later my dog became even worse and his trainer Colleen O’Dea recommended my dog go to an assessment with Dr Nicole Lobry de Bruyn a veterinary behaviourist from Animal Sense she had worked with who
prescribed medication but also prescribed a behaviour modification plan with input from his
trainers.

I agreed and this was the first experience I had ever had of a vet explaining things in such a way I could truly understand what his needs were and who could help ‘de-code’ what was going on with (I’m just going to say it) my abnormal dog. Before attending the appointment I filled in an extensive questionnaire. At his first appointment Dr Nicole and Colleen from Manners n’ More held the appointment at a clinic Zander had never been to at 7am so there were no other staff, people or animals.

Walking into the clinic and then into the consult room resulted in Zander being in the alert the entire time and unable to relax. While he ate some chicken during the visit he never really fully relaxed and gave up very easily on trying to empty a kong toy stuffed with cooked chicken. Dr Nicole asked lots of questions, listened intently and answered every single question I had thoroughly and in a way I could understand and never rushed through the information or tried to touch or talk to Zander. The only time she interacted with him was when he chose to come up to her and take chicken from her. Dr Nicole was very clear his medication would be trial and error to find to right dose and balance. Fortunately what she prescribed was exactly what Zander needed and after 3 weeks of his body adjusting to the medication Zander’s life changed in an amazing way.

Now I’m telling you about Zander’s journey with all the details and I’m not going to lie; the 3 weeks adjustment period, well it was U.G.L.Y. Everything he had fears about increased and actually got worse including his noise sensitivity. Now Dr Nicole and Colleen had warned me and yet when it happened I seriously considered not continuing because it was so hard to watch and deal with. But after discussing what was happening with Colleen, I put my big girl panties on, gritted my teeth and stuck with the program. At the end of 3 weeks the U.G.L.Y. evaporated and Zander began sleeping soundly instead of waking easily to every noise, he began slowly being able to cope to now actively enjoying his walks in controlled conditions, he began being able to learn and problem solve Kong’s and toy puzzles (he’d previously just give up immediately if the contents didn’t come out straight away) and he became a very playful dog. Having family and friends over was carefully managed and his coping levels drastically improved.

A very large part of this process involved and continues to involve managing my dog, the environment and everyone who comes into contact with him. Now this might sound extreme to you – it isn’t and here’s why. Zander’s behaviour assessment came back with vital information confirming what his trainer had already advised me – Zander is a fearful dog and without proper management he will become a fear biting dog and he will always have the potential to become a fear biting dog if placed in situations where he can’t avoid or remove himself from. That was a heart breaking thing to hear and accept on many levels; but it also made me determined to do everything I could to prevent him from ever being pushed over his stress threshold where biting someone became a go to behaviour. Having responsibility for the care of an animal comes with the responsibility to ensure both their safety and that of others in their presence. Having responsibility for the care a 40kg plus powerful and protective breed comes with an even higher amount of responsibility.

Colleen’s Notes:This article in it’s entirety is written by Zander’s owner, it is unedited, everything is in her words.

I have the need to tell you at this point that not only as a dog trainer but as a human being, I have the up most respect for Zander’s mum. Annabelle is a pint sized lady with a big powerful dog and in my eyes I see her as a super hero, an amazing advocate for her boy in every way. Annabelle has never shied away from the job at hand and as Nike says ‘Just Do It‘ and that is Annabelle to a tee!

Stay tuned for Part 2 of Zander’s story as the tale is definitely not over.

Where to find us.